As October gets underway and the colors of Halloween and Autumn harvests come out in full force, a high-contrast bubblegum shade of pink also arrives on the scene. This familiar tone is meant to symbolize awareness, hope, determination, and commitment. It’s commonly found on ribbon shaped pins which have become the de facto official icon of the Breast Cancer Research Foundation and Breast Cancer Awareness Month. While we firmly believe that Breast Cancer Awareness should be a year-round ordeal, having a dedicated month each year enables awareness campaign efforts to be more thoroughly focused and poignant. And so, October was officially indicated as National Breast Cancer Awareness Month in 1985. We’re here to discuss how you can join local efforts to raise awareness and fight for a cure.

Life expectancy for breast cancer victims has improved slowly over time, however the actual chances of being diagnosed have also increased. Within the last forty years, the risk of getting breast cancer for women has risen from 1 in 11 in the 70’s to 1 in 8 today. This makes it one of the fastest growing cancers globally and the second most common form of cancer in all U.S. women.

Several stars have been publicly vocal about their breast cancer diagnosis, treatment, and/or preventative measures. This demonstrates a growing trend of celebrities coming out about personal health issues when there is potential to spread awareness and to provide support for fellow victims. In the case of breast cancer, these public announcements of preventative mastectomies and survivor stories have done well to help the breast cancer awareness campaign as a whole.

Seinfeld and VEEP star Julia Louis-Dreyfus recently made headlines for coming out about her breast cancer diagnosis. In a late-September tweet on her official account, Louis-Dreyfus addressed the fact that 1 in 8 U.S. women are likely to develop this disease and that today she "is the one". Despite the devastating news, the Seinfeld star maintained that she was fortunate to have the unflinching support of her fans and loved ones. Louis-Dreyfus went on to suggest that universal healthcare is a necessity to ensure that all cancer patients receive the care that they deserve. 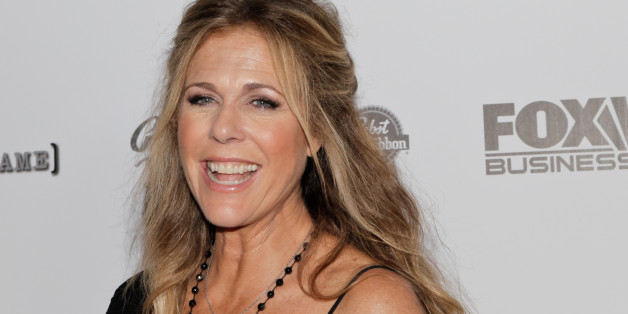 Rita Wilson, actress and wife of Tom Hanks, spoke to People about her bilateral mastectomy and of the dire need to always get a second opinion. Like many women, Wilson was initially told that she had an abnormality but that it was not cancerous. A second doctor later discovered that she did in fact have breast cancer and that a mastectomy was necessary. The need for a secondary medical opinion is a highly emphasized part of the breast cancer awareness campaign. As Wilson explains, “a second opinion is critical to your health.”

In 2013, actress Angelina Jolie wrote an op-ed in the New York Times detailing her decision to undergo a preventative double mastectomy. Jolie had been diagnosed with a high risk of developing breast cancer and opted to have a mastectomy before any cancerous cells could form. This procedure can be extremely frightening or intimidating for women and Jolie’s outspokenness was surely an inspiration for those struggling with such a tough decision. 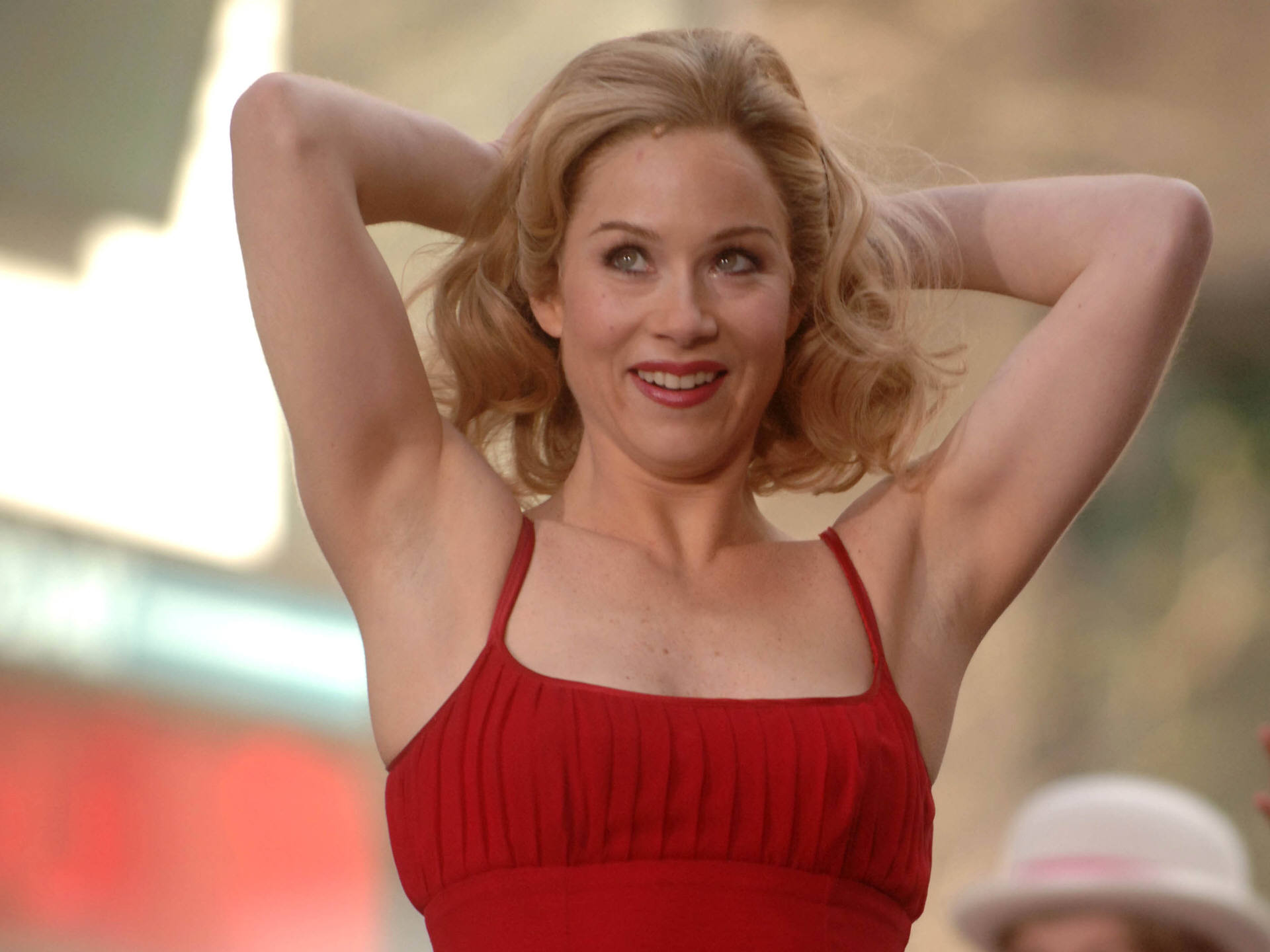 In 2008, actress Christina Applegate underwent a double mastectomy after she was diagnosed with breast cancer. Applegate’s decision to get a double mastectomy despite only having cancer prevalent in one breast highlights a common obstacle that many breast cancer patients face. The National Breast Cancer Foundation emphasizes the benefits of taking preventative measures such as this, despite the initial emotional and physical distress it may cause. As Applegate notes, “Sometimes I cry. Sometimes I scream, and I get really angry. I think it’s all part of healing.”

Southern California local and Real Housewives of Orange County star Peggy Sulahian recently discussed her decision to have a preventative double mastectomy on the RHOC show. In a follow up blog post, Sulahian detailed her diagnosis, stating that her doctor had found a pre-cancerous mass in her right breast. As she noted, “my options were limited to 3 choices: chemo, radiation, or removal of my right breast.” As with Christina Applegate, Peggy Sulahian opted to have a double mastectomy to ensure that she would be completely free of the risks for developing breast cancer later. In recognition of the enormity of her mastectomy decision, Sulahian ended her blog post with a statement of her intention to “provide emotional support for women encountering this roadblock in their life.”

Orange County Breast Cancer Awareness Efforts – How to Get Involved:

Making Strides Against Breast Cancer has an awareness walk scheduled in Orange County on October 22nd 2017. This event is meant to build community bonds and combine local efforts for the fight against this disease. Making Strides is a partner of the American Cancer Society and holds these annual walks throughout the country. Click here to learn more about how to register to walk or volunteer for this event.

The Susan G. Komen Foundation is a national breast cancer awareness group that hosts a variety of events throughout the country such as the well-known annual Race for the Cure. The foundation is always seeking new volunteers for events, community outreach, reception and office assistance, and more. Some of the efforts in Orange County include the American Book Drive, the Amy Sims Team, Traveling Pink, BeachCandy Swimwear, and Car Donations. Click here to learn more about what each of these efforts entail and see how you can become a Komen volunteer.

The Health Consumer Alliance (HCA) will be offering a free mobile clinic that provides mammograms to those without insurance or access to healthcare throughout Orange County this October. To learn more about where to find these mobile clinics or to see how you can volunteer to help, click here.

The decision to undergo a mastectomy or breast removal procedure is often difficult and can lead to emotional and physical distress post-surgery. Despite essentially relieving themselves of breast cancer, mastectomy patients commonly experience embarrassment, frustration, and even depression following their breast removal. At CosmetiCare, we offer breast reconstruction procedures that can help women repair the physical and emotional vacancy caused by their difficult breast cancer treatments.

While breast reconstruction typically involves implants, the primary focus is to restore and rejuvenate the patient’s chest, rather than heighten or augment it. With modern techniques of tissue and fat transfers, surgeons are able to recreate a natural look and feel to the patient’s breasts. This type of reconstructive procedure can be performed on one or both breasts depending on the need.

At CosmetiCare, we understand that the fight against breast cancer is a complex, challenging, and ongoing mission. Our goal is to provide the best patient care possible so that you or your loved one can feel welcomed and empowered during this difficult time.

least invasive breast lift in orange county or other breast surgeries at CosmetiCare.

Want to know how you'll look after breast surgery? Visit our partners at New Look Now to get a completely free and remarkably accurate simulation of the results. New Look Now utilizes cosmetic experts to show you how you will look post-procedure through real-time image editing. Simply submit a photo of any area on your body that you'd like to alter and the technicians at New Look Now will deliver a precisely edited version back to you within minutes. Try New Look Now for free today!